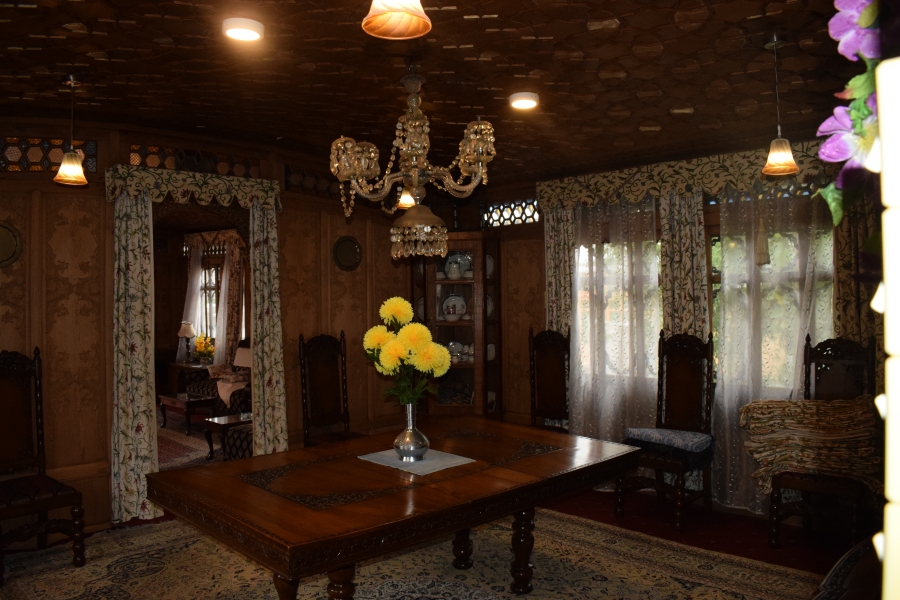 Second day of the tour, I had a good night sleep at Hotel Sadaf yesterday. I was tired with a long journey from Mumbai to Delhi and to Srinagar. This was the best sleep that I had in the entire tour.

I woke up around 6 AM in the morning and wrote down the experiences of Day-1 of the tour. It had drizzled in the night and was drizzling in the morning. The temperature had gone down from previous day’s uncomfortable 31 Deg C. Chandrakant woke up at 7 AM. Around 7:15 AM hotel staff served tea. I continued to pen down the experiences till almost 8:45 AM. We had planned to leave for the Crown of India Houseboat by 9 AM. Realizing that we will definitely get delayed; I called Manish, our group captain to inform him that we will not arrive before 11 AM.

Pankaj and Lalit came prepared and we decided that we will have breakfast first. In the night we had placed order for aloo parathas with curd and pickle for breakfast. The parathas were served hot, and the quality was good. We finished the breakfast with a cup of tea. I, Chandrakant, and Lalit returned to the room, while Pankaj went to see the local market. It was 10:40 when we got ready, by that time Pankaj also returned from the market. Parvaiz Bhai of Hotel Sadaf had ordered a cab for us. We loaded our bags on the cab and reached Ghat no:8 on the Dal Lake. There are several ghats by the side of the lake from where the shikara rides start. Our stay was on the Crown of India houseboat. Normally, the houseboat owner provides a shikara to transfer you and your luggage from the ghat when staying at the houseboat, so did Mushtaq bhai of Crown of India houseboat.

The houseboat had 2 parts; each having 4 rooms, a front entrance, a common lobby, kitchen and dining area. The rooms were spacious, and clean. Mushtaq Bhai the owner of the houseboat welcomed us and gave us Kahwa; the Kashmiri tea as a welcome drink. The houseboat was well maintained and the interior was beautiful. The front side of the boat is used for guests, while the back side is used by the family and houseboat staff. The kitchen is on the backside. Windows of the room were covered with mosquito nets and the room had hot water and a ceiling fan.

At the houseboat, we met Manish, Baskar and Wayne. Initially Manish suggested to have rider briefing at 12 PM, subject to arrival of other riders. In the meanwhile we completed the paperwork which comprised of signing a consent and indemnity form, payment of deposit for the motorcycle, and the rental for helmet, knee guards and a tank bag and verification of our driving license.

The arrival of other riders was delayed and Manish suggested to have the rider briefing at 6 PM in the evening. He agreed to let us have the bikes, get them fueled up and ride for some time to get the feel of the bike and then to see if any adjustments were needed.

Imran bhai, our bike guru took us to the parking area and handed over the keys. There were two colors available Black and White. Instantly a thought came in the mind “Do I want a white one?” and the answer was Yes. I chose the bike with registration number HP 64 A 5371, while Pankaj chose another white one with registration number: HP 64 A 5370. The Himalayan weighs almost 200 Kgs.

It was almost 12:15 PM. I rode the bike in the Srinagar city, went to the gas station, and got the tanks full. The first thing that I realized during riding was the brake lever of the bike is very short, and not easily reachable. Secondly the brake was not working properly. The bike had a gear position indicator which was a big help for me. We decided that we will ask Imran Bhai to get the brakes checked in the evening.

Visit to the Shankaracharya Temple

We decided go to the Shankaracharya temple, it is said that the original temple dates to 200 BC. Shankaracharya, visited this place, in 800 AD. It is inside a CRPF camp now; in a high security zone; and no one is allowed to carry mobile phones and cameras. The road to the temple has a number of sharp turns. Lalit stayed at the parking area and looked after our belongings. The temple is on a hill and one has to climb ~ 250 steps to reach the temple area and then about 20 steps to the temple hall.

It is believed that the Shankaracharya had visited the Himalayas including this place and the other places like Kedarnath in the 8th century. Joshimath is the northern monastery or math established by Adi Shankaracharya (the other three being Dwarka in West, Puri in East and Sringeri in South). In my 2005, visit to Uttarakhand, I had been to Joshimath.

While returning we stopped at a place where photography was allowed. This place offered nice views of the entire Srinagar city.

All were hungry by now. At the houseboat, Manish had suggested that Mughal Darbar could be a good option to have lunch. After some riding around, we found the Mughal Darbar hotel. Lalit ordered; Wazwan a well known Kashmiri dish. While Chadudada, Pankaj and I ordered vegetarian food, which we found average.

Return to the houseboat and rider briefing

During our ride we realized that the brake of the bike needs to freed up. We returned to the house boat at 5:45 PM. Manish informed us that a couple guys were yet to return from the city and had postponed the rider briefing to 7 PM. In the meanwhile, a seller of Saffron and Shilajit visited us and I and Chandrakant bought both the items. Shilajit helps in relieving the pain of Arthritis.

Before the rider briefing, we had packed our bags and also sorted out items to carry with us on the shoulder bag and the tank bag (these included extra pair of socks, raincoat, balaclava, hand wash and face wipes, camera, and sun glasses)

All the riders got together around 7:15 PM, we then started with a round of introductions. ROML team had already sent the rider briefing that covered points like riding in close formations when leaving the city, maintaining distance, how to stop and park the bike on curvy roads so that it was visible, and above all if we had a situation of fall, how to fall gracefully and avoid injuries. One of the points covered how to cross obstacles like water streams, steep inclines and declines and mud etc. We took turns to read a point/ paragraph and Manish then explained the associated details. This helped participation and attention of everyone. Towards the end of the briefing Mushtaq Bhai joined in to tell us about the tourism in Kashmir and asked us come back to Kashmir with families and friends. We all agreed instantaneously.

Our rider group comprised of the following people.

End of the Day

Mushtaq Bhai told us that the dinner is ready. Michal, Teja, Baskar and 4 of us had the dinner together. After the dinner Manish told us that the next day, we should be ready by 7:30 AM, to go to the parking area. Next day’s ride will start around 8:30 AM with a briefing. Later we asked the staff to give us Kahwa around 10 PM in the night. We kept talking and by the time we went to sleep, it was almost 11:30 PM.

2 thoughts on “Beautiful Srinagar: A day at the houseboat”

Join 59 other subscribers
Follow My Pursuit Of Happiness on WordPress.com 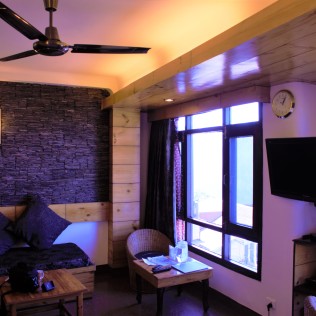 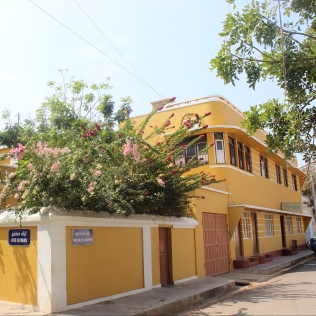 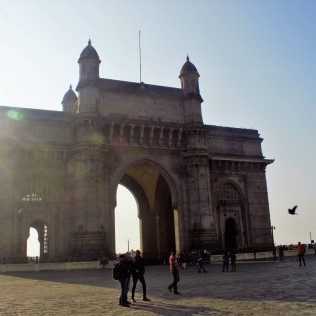 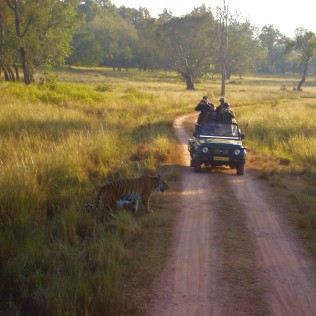 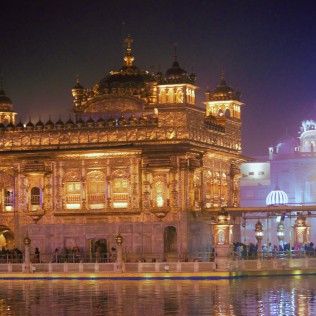 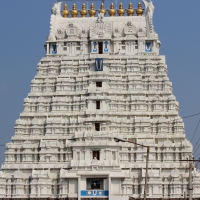 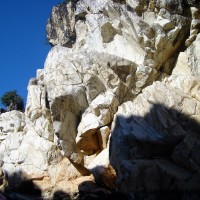