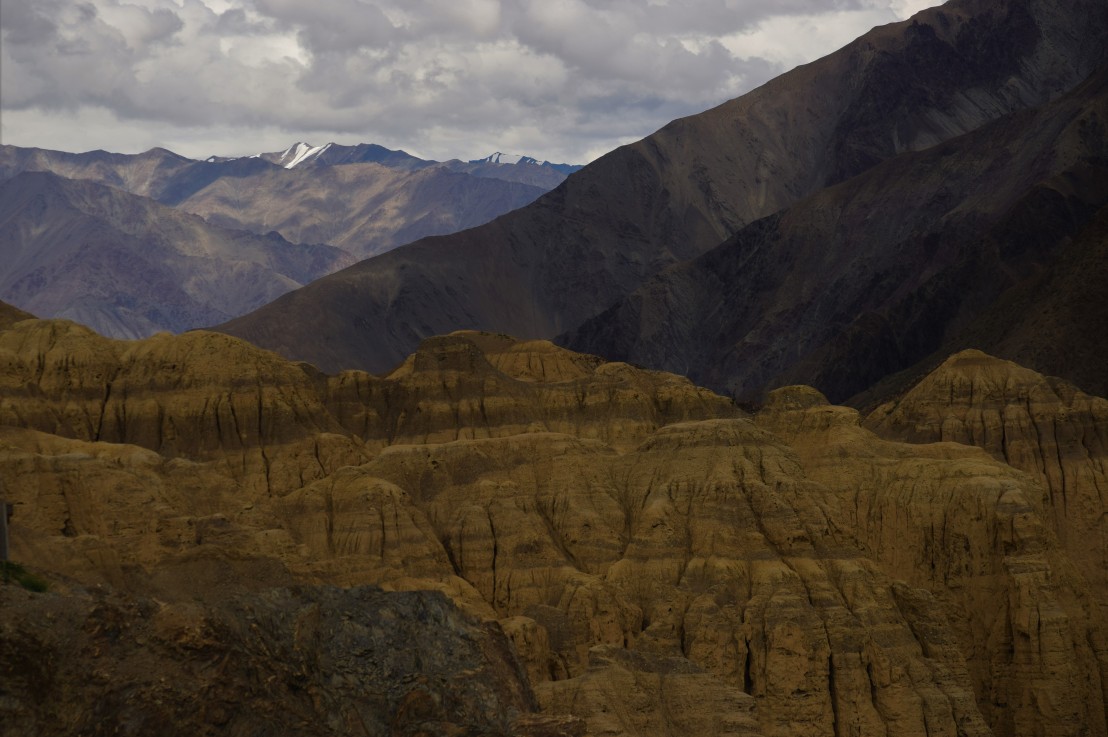 Woke up at around 6:15 AM today. It was India’s Independence Day. A dream come true: to be in Kargil and Leh on 15 August. Having seen most of the India right from the lowest south east region of Andaman Islands, to Amritsar and Wagah in North West to northernmost region of Ladakh, and many other states; I can understand the diversity and the beauty of this country.

We got ready, packed the bags and stepped down for breakfast around 7:15 AM. The breakfast had poha, bread with butter and jam, omelette and tea and coffee. After the breakfast we came down for taking a few photographs and briefing about today’s ride.

The hotel had a lot of Marathi speaking tourists, I spoke with a few of them and understood that they had come from Dombivali, Thane, and Goregaon etc. I was happy that we met some tourist from Mumbai, and I wished them a good journey to Srinagar. Preparations for flag hosting ceremony were in progress. We could see that on the road, with Police Personnel and VIP cars passing through. Initially Manish was thinking about taking an off road to Leh, but dropped that idea considering high security for Independence Day. We finished the briefing and left for Leh around 8:15 AM

The first small village that we crossed was Chhoolatsey and reached Moolbekh at around 1000 AM, about 45 km from Kargil. The Mulbekh Monastery  consists of two gompas and a standing Maitreya Buddha.

After seeing the monastery, we had mountain tea – which is made of lemon, ginger, and honey. This tea is good at high altitude.

Around 10:30 AM we left for Lamayuru. We recorded some videos and photos of riding in Mukaddar ka Sikandar style.

This part of the road was the best of those we were going to experience in the next phases of our journey. The Himalayas had turned completely barren now. We crossed the first pass of today the Namika La at 3700 m. After riding through another 40 Km we reached the highest point of the Srinagar – Leh highway, the Fotu La at an elevation of 4100 m. The temperature had fallen significantly and it was shivering cold here. Possibilities of rain also were seen, so we put on the raincoats. We stopped at the pass, and sang the national anthem. We then took a group photo. At the pass a group of tourists, who were clicking photographs were excited to see us with the motorcycles and took a few pictures with us. We left the pass around 11:45 AM and reached the Lamayuru monastery at 12:30 PM.

Lamayuru is Tibetan Buddhist Monastery in Lamayoro, Leh, about 15 Km east of Fotu La, at an elevation of 3510 m. It is one of the largest and oldest gompas in Ladakh and many monks reside here permanently. Several old buildings/ structures can be seen here. We entered the main building of the monastery, and saw the monks reciting their prayers. A number of musical instruments were also played during the prayers. The main hall of the temple was very beautiful and had several holy books and a number of tourists were meditating along with the praying monks. The views of the valley and the Himalayas from the monastery were equally beautiful.

After visiting the temple Pankaj, Chandrakant , Lalit, Baskar and I had lunch at the restaurant just besides the monastery. We left for Leh around 1:45 PM.

From Lamayuru to Khaltse (Khalsi) the road has steep descent and we felt as if we are going deep into the earth.  From here on the Indus once again appears by the side of the road and accompanies you up to Leh.

After Khaltse we passed through Nurla, Uleytokpo, Saspul, Basgo Gompa and reached Nimmoo. We stopped at a place from where we captured nice picture of the Basgo Gompa. From Nimmoo the road to Leh is excellent, and surprisingly straight with no turns. Today for the first and the last time we put the bike in 5th gear and crossed 90 Km/Hr. speed mark. The speed governor in the brain raised the FACC (focus, alert, caution and control) flag immediately, which prevented further over speeding.

Around 4:30 PM we were close to Leh. As we enter Leh we see a lush green valley formed by the Indus. Leh is held as an impregnable fortress due to its strategic importance. We joined the other riders waiting for us at a petrol pump and fueled up the bikes. The altitude of Leh is 3534 m. Manish then guided us to Hotel Khasdan, which was just besides the Zorawar Fort.

The bags were unloaded and shifted to our rooms, the surroundings of the Hotel Khasdan were very beautiful and at the reception, we had fresh apricots and apples waiting for us. We shifted to the rooms and ordered tea for us. We got ready and went for a walk around the hotel, but barely after 100 m. we experienced heavy breathing and could not walk further. There was mild headache and realized that this was due to altitude sickness and shortage of oxygen. We decided to return to the hotel and rest.

As we returned to room two cute girls aged about 7 to 8 years entered our room. We asked them to sit and asked them their names. One was Stanzin and the other was Sonam. Both were the students of grade II. Stanzin wanted to be a doctor, when grown up.  Stanzin was very talkative while Sonam was the opposite. We did not have chocolates with us. But offered khakhra to both of them, which they liked very much, possibly tasting it for the first time. Stanzin took a packet for her family, we were very happy to see both of them happy.

I went to the reception area to make use of the wi-fi. Almost everyone in the group was at the reception, sending messages to their family members. I spoke with Kundan and Shilpa using WhatsApp. The internet was slow and the connection was dropping intermittently. Mobile had no network. If you are coming to Jammu & Kashmir and Ladakh, the best options are post paid Airtel and BSNL, other service providers have no coverage here. Around 8 PM we all went for a dinner at the restaurant. The dinner was a buffet arrangement and had soup, main course and dessert today. Within the group we talked about the experiences of the last two days, and the plan for the next day. Manish advised us to drink 3 to 4 liters of H2O from now, on daily basis to minimize the risks of altitude sickness. Dinner finished around 9 PM and we went back to the room. I finished my daily ritual of backing up the photos and videos from camera and phone to the laptop. Around 11 PM the power went off and the generators were run for some time and then everything went off. An LED torch is a must carry item (very useful at places like Sarchu and Pangong Tso). For ventilation I opened up the room window a little, worried that the temperature will drop during the night. By the time we went to bed it was almost half past midnight.